skip to main | skip to sidebar

To those that say pre-season is pointless your wrong. Pre-season Football is the time to scout your teams depth, rookies, and team chemistry. In other words its for the gamblers. Let me make this clear, I DO NOT MAKE BETS. If money is on the line; why would I want to be the visitor in someone else's house every time?

Buffalo is at 5 wins_ Take the under. -Unless CJ Spiller goes for 2000 yards ala Chris Johnson the Bills will be the worst team in the league.

Chicago-Tennessee-& Washington are at 8 wins_ Take the over.

The Bears will likely start of the year off slow while Cutler and Company get adjusted to Mike Martz'offense. This team will start jelling towards the middle of the season and if the Defense can stay healthy watch out.

Under Jeff Fisher The Titans always play physical on both sides of the ball. With Vince Young and C. Johnson the Titans will be one of the few teams able to beat teams like the Colts and Jets. They will likely start the season 4-0, 3-1 at the worst.

I don't like The Redskins schedule but they have the talent to win at least 8 games.

For those with Discretionary income.

Just about every year a team surprises. The following teams will provide big payouts if they can pull a Steeler, NYG or N.O. Saints season.

Many TV talking heads are picking Houston to have the MagicaL season. Wrong. Matt Schaub will not beat Peyton and i do not like their redzone offense.

The NFC however is more wide open. I am not a believer in the Boys' QB Romo or coach Wade Phillips. (4/1)

The football Gods Vince Lombardi (Zeus) and George Halas (Hades) spoke to me the other night. The Holy spirits are sure that the 2011 Super Bowl will pit the 2 best QB's of my lifetime against each other. Peyton's Indianapolis Colts (13/2) vs Favre's Vikings (10-1).

the can't miss bets of the year comes from the college game. Take Jacory Harris at 120/1 to win the Heisman Trophy.


'Leaves of Grass' is filled with Humor, Intelligent Dialogue, great acting that depicts a dysfunctional but loving small town country family. A movie about life choices, consequences, and brotherly love. Oh, and a hydroponic setup that will make any grower envied out.

Director Tim Blake Nelson's April 2010 release is on or around the Tarintino Level. Plot Guise and a Clever script HigHlight this authentic film. Nelson has been involved in many productions, most as a small role actor, this being his 6th as a director. The only fault that screams out to you is the casting of Himself as Bradys', the hydro sharing twins best friend,Bolger.
Tim Blake Neslon plays a poor excuse for a redneck. 'The You can do it guy' from Waterboy provided more laughs as a character. Any ill will towards Bolger fades towards the end of the movie.. Certain Qualities; Honesty, Loyalty, and Courage, are Characteristics that all seem to respect.

Never hearing of or seeing any of his previous written or directed films (Haskett's Chance (2006) TV, The Grey Zone in 2001) its easy to state that this is his best directorial work to date. Not sure if Nelson and Mel Gibson are friends but Mel would be proud__ Blame the Jew.

To put all bias on the the Table; Behind Chris Walken Ed Norton is Migh favorite actor. Ed Norton's performance in 'Leaves of Grass' is on or beyond the level of American History X, Fight Club, The Score, and Spike lee's JoinT 25th HR. Norton Plays twin brothers from The out-skirts of Tulsa OK. Bill is a semi-famous Philosophy lecturer and Brady is a home grown American hErb farmer. Some will need dictionaries on our I-Phone to fully comprehend the entire movie. Websters for professor Bill and for Brady the country slanging wise grow god_ the redneck dictionary.

A few seconds past the 36 minute mark Norton playing one of the twins, not sure which one, channels his inner Brian, the janitor he played in "The Score" perfectly.

_Some Classic back and forth_ From 'Leaves of Grass'
After a southern slang rant by Brady, his mom Daisey played by SUSAN SARANDON, the mom I'd still Fu¢k says, "Whats your version of Proper Grammar?" After a quick pause Brady blurts out "Rhythm; maybe". _MOST RAPPERS WOULD AGREE_ Sarandon plays a strange yet completely believable old time Hippie.

The sexy Keri Russell; from the Felicity show is the Love Interest in this movie. Her country accent was weak at times_but its hard not to fall for her smile, sass, eyes, and intellect that she portrays as Janet the High School teacher and tease.

This is not a pothead movie. The Humor is smart and the script complex. Jaw dropping budz create jealous ambitions on MigH Behalf_
The grow house__thats what it is_ Brady the Sooner Twin, built a Hydro Factory that i would consider paradise_if only there were naked women bagging up the hErb a-la 'New Jack City'

This Movie is ridiculously slick, undeniably unique, with wit and weed. I can count at least 5 scenes that had me saying this can't be real. I kept waiting for sike to pop up on the screen.. Never did, or did it?

For the Growers and hErbal Minds__ google,'Leaves of Grass', and this redneck dictionary mixed with previous growing experience greater growing techniques can be taught.
Sodium Vapor light Fixtures

Not a fan of the soundtrack.

Posted by Herbal_Minded at 8:29 PM 0 comments

What Pro Football Coach is the most likely to smoke weed? 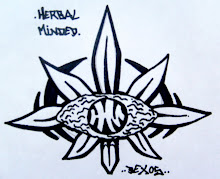 Have You Clicked an Internet Ad?